Pork loin is a dinner staple at our place. It's easy to make and can be a part of a more upscale meal or just a regular day meal. Best of all pork loins are pretty cost-effective. The "secret" is to take your time in baking the pork loin. Depending on the thickness of the pork loin it can take between 60 minutes to almost 1 hour and 45 minutes for the initial bake. This is because we bake the loin at a low temperature (250F). The low temperature slowly cooks the pork and retains all the natural "juices" so that you're left with a tender and juicy pork. You then finish the pork using the broil setting of your oven for about 10 minutes so you have a crispy flavourful top. This method is called a "reverse sear" and runs counter to the recipes that call for you to initially sear the meat and then bake it at lower temperatures. The conventional searing/browning method leads to tough and dry meat. 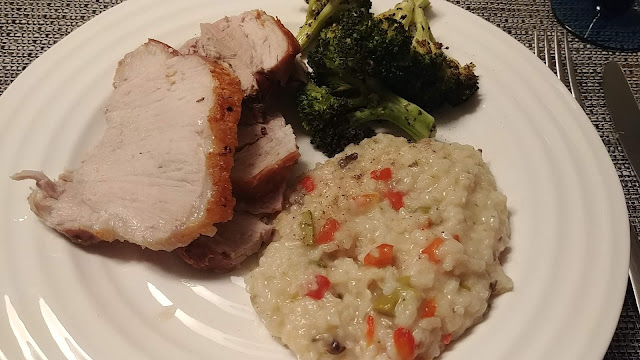 Over the past few years, Dan has compared the two methods and found that for the same size of meat the conventional searing/browning method "saves" you only about 30 minutes but at the very high likelihood of overcooking your meat. The reverse sear method slowly renders the fat and gives  the pork flavour!

The recipe is all about preparation as the the oven does most of the work. Using a meat thermometer is key to cooking the meat to the correct temperature. I have sliced and scored the fat layer many times and can tell you that after the first time it gets much easier! Compared to spatchcocking a chicken this could eventually be like a "walk in the park".

The amazing part is that the leftovers usually remain juicy and tender as long as you slowly reheat it (30% power in your microwave or low temp in your oven). 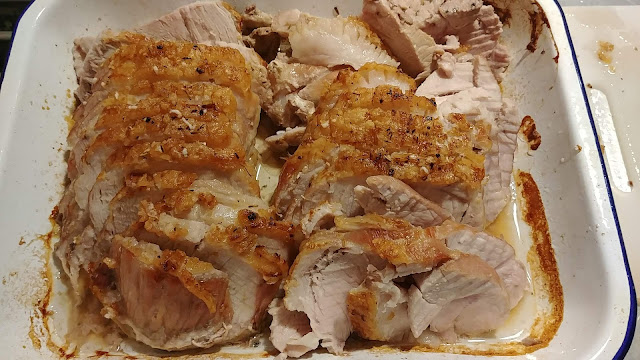