We all go through cravings/fetishes at some point in time. Some times they are shoe related, or clothing related or food related! Unlike clothing related fetishes, baking fetishes often take time and energy to perfect. You can't quite buy the item and then be content. There often is a burning desire to become competent in baking that particular item. For a while I was obsessed with making waffles as my previous post highlights. Lately, it has been the pursuit of making the elusive macaron! 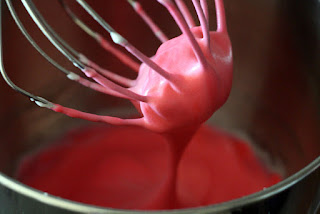 After reading and researching a number of macaron recipes, I knew I was ready to start. I decided the October Mac Tweets Challenge was a good incentive. So, I spent time over the Canadian Thanksgiving long weekend for my first attempts. I also armed myself with some macaron making items in order to give my macarons their best possible chance (i.e. silpat mat, thicker baking sheet, albumen powder, aged egg whites). I also hoped to achieve the pied on my macarons. I'm not sure if you need a thicker baking sheet, but it definitely helps prevent the macarons from cooking too fast as they rise in the oven - which gives them the pied. The albumen powder (dehydrated egg white powder) gives more stability to the meringue structure so the shells will stand up better in the oven as heat is being pushed through it from the bottom.

After two attempts (of which I'll post later), I came up with my third attempt (pictured below). With this third attempt, I followed the recipe from Not So Humble Pie. This time, though, I was able to use albumen powder as my previous two attempts only used cream of tartar. I did make one small variation by adding a pinch of tartar; and adjusting the other ratios so they would still be the same. I also processed the powdered sugar and almond meal together and sifted before mixing into the meringue. Here is the recipe I ended up using: 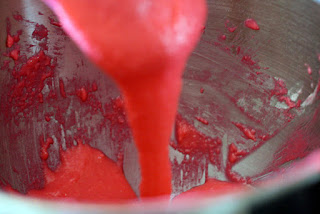 
Here are my Macs for the Mac Attack #24 Pinktober Macarons 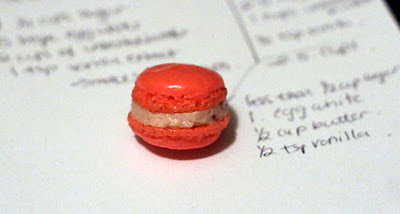 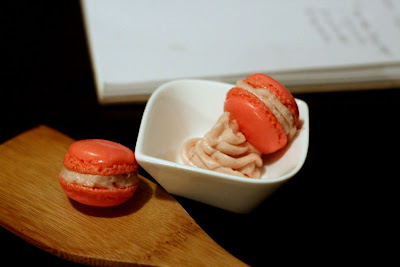 So there you have it, my first successful foray into the world of macarons - Strawberry Jam Pinktober Macarons! 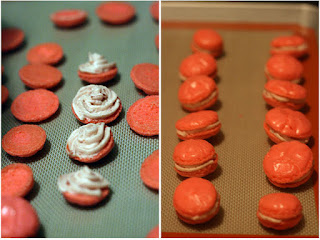