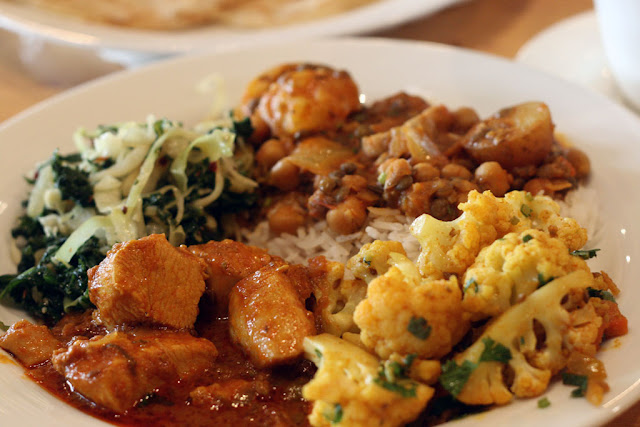 Dan and I were invited to check out Narayanni's for lunch one day! Previously, Narayanni's was only open for dinner (which is when we usually go) but recently they have now opened for a lunch buffet. It was great to see the variety of dishes that were included (3 vegetarian dishes, 1 rice, a meat curry, soups, salad and dessert) in the $12 price.
We started with a fresh salad (Traditional Wedding Salad) with julienned carrots, cabbage and red peppers mixed with pepper. It was pretty refreshing and had a slight pepperiness to it from the pepper flakes. 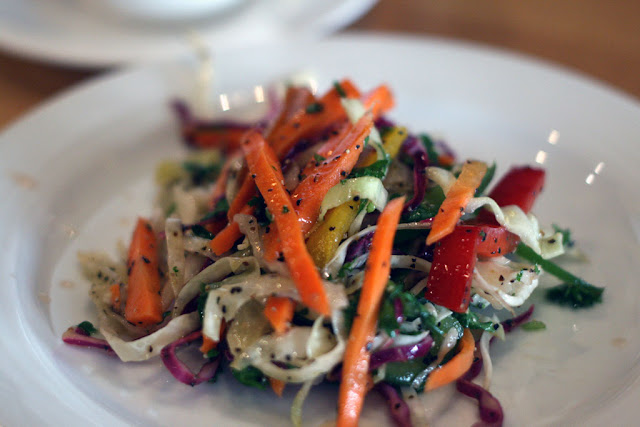 On the day we went for lunch (a Friday), in addition to the salad there was a vegetable curry soup, chicken curry, breaded cauliflower and peas, lentil zucchini and chickpea curry, braised kale and cabbage and a cinnamon infused rice pudding for dessert. 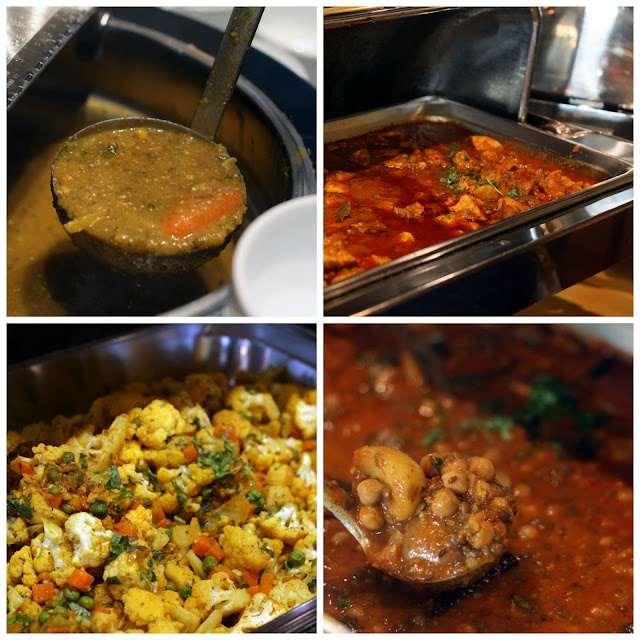 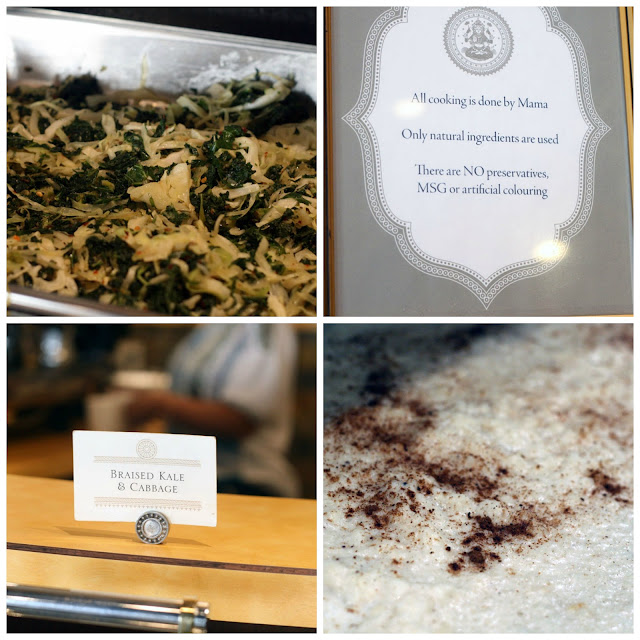 Our host told us that the food at Narayanni's is Indian South African fusion. Which means that there is no dairy in their dishes. They attempt to source as many of their vegetables locally as possible. During the lunch, to keep quality high, they have a reduced number of dishes compared to their dinner buffet. In addition to being dairy free, every single dish is gluten free and there is even a sign about how they only use natural ingredients, no preservatives, MSG or artificial food colouring. 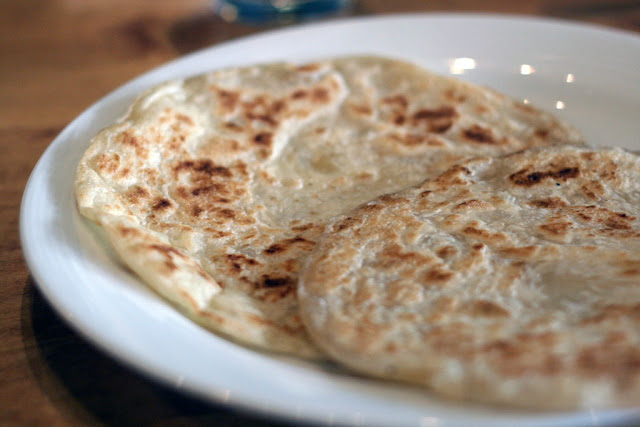 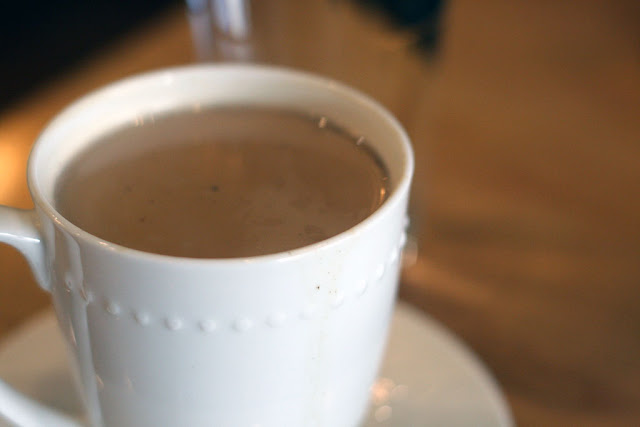 For an additional price, you can also choose to add their homemade chai and/or roti, both are made fresh to order. I do love how crispy and warm the roti was when it arrived. It was also great to use the roti to sop up the sauces on our plates. 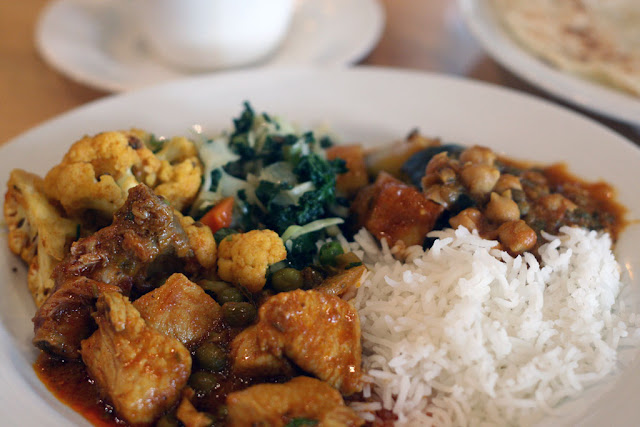 Each of us definitely had a favourite from our lunch here. Dan really enjoyed the bone-in chicken pieces as he found that it had more flavour compared to boneless pieces of of the chicken curry. I, on the other hand really liked the braised cauliflower dish. Tasty and not spicy!

In general, the spice level at Narayanni's is pretty tolerable for diners that are used to a bit of heat in their food. There are also non-spicy dishes to choose from such as the vegetable dishes. We enjoyed our lunch meal there and would certainly go back if we were in the Whyte Ave area on a weekday lunch.

A week later Dan went to Narayanni's for lunch with a co-worker. He said that the quality was just as good and there was a slight variation in dishes. Their bill ended up being around $40 for the two of them with the addition of the two chais and roti.