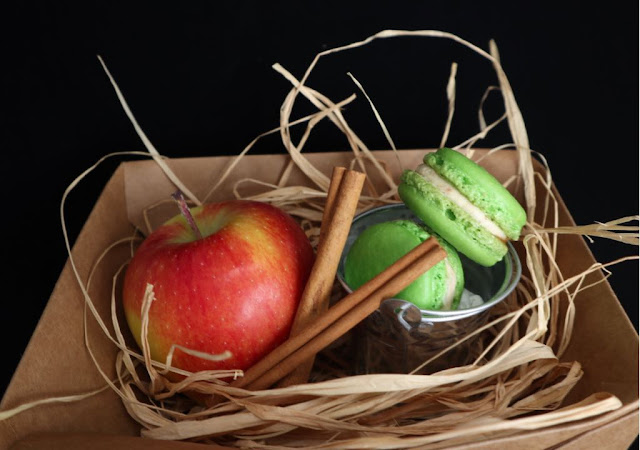 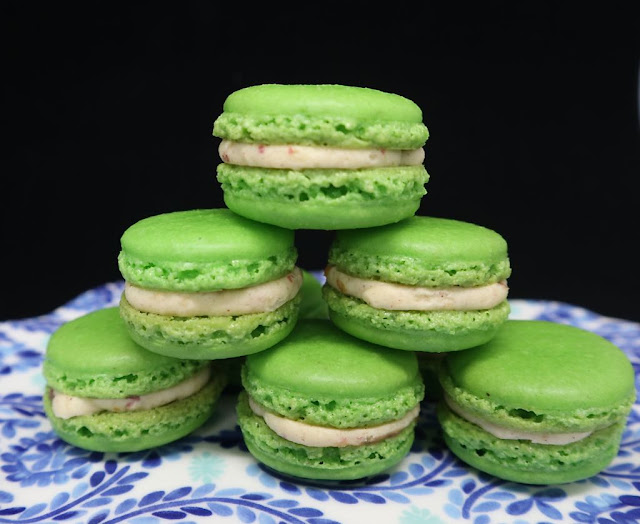 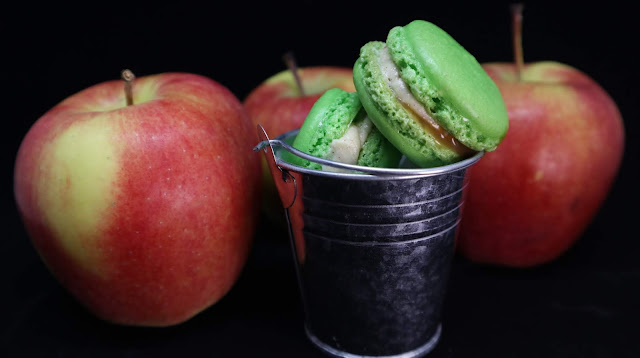 These macarons truly embody fall with the flavours of the apple spiced buttercream. Then, the dark salted caramel helps to give the entire macaron even more depth through each bite of the macaron. You really have to make these to taste for yourselves!

Pictured below is the reason for why surrounding the caramel with apple spiced buttercream is the best method for filling these macarons! It gets a tad too messy when you pipe the buttercream first and then attempt to gently fill the hole with the caramel! 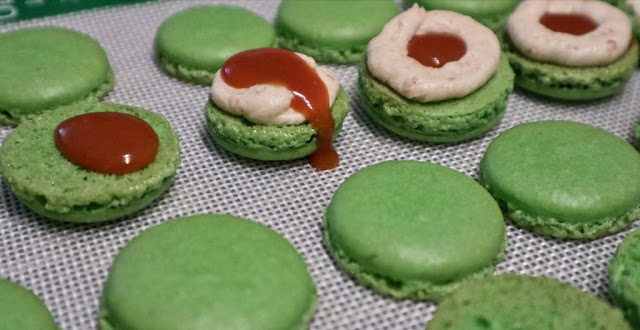