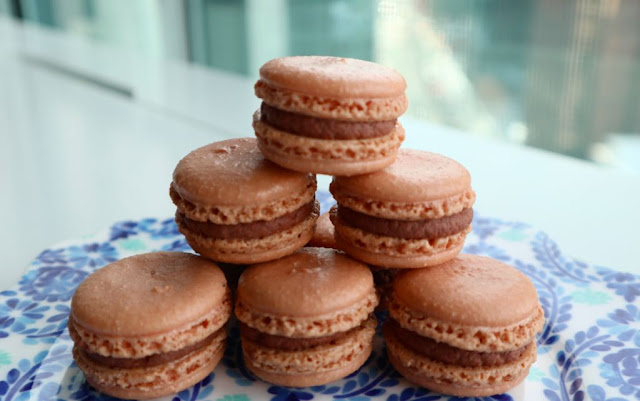 It seems to me that it has been a while since I have been able to blog about my macaron journey. The last macarons I blogged about for macaron mashup were my Apple Spice Caramel Macarons. Between packing up things in Edmonton for the move to Ottawa and everything in between, life got a tad busy! But here we are in March! Despite the crazy cold winter we happened to move in (each item arrived solidly iced), all of my kitchen equipment for making macarons thankfully arrived in one piece. I present to you the first batch of macarons that I made in our kitchen in Ottawa!

I was a tad nervous that the shells would not bake according to my expectations, as new ovens have a tendency to be finicky towards macaron shells. Happily, this was not the case. The macaron shells turned out better than expected.

Interestingly enough, this is the first time I have blogged about chocolate macarons. When I first started making macarons nearly 8 years ago, I tried to make chocolate macarons and they failed miserably. The shells were awful, no feet to speak of and all around failure. I'll have to dig up a photo from the archives to truly demonstrate how bad they were!

With this recipe in hand, you will have success in the macaron making department! Think of this as me saving you from my initial short comings in the macaron baking area. I recognize that there are quite a few steps in this macaron process, but fear not as the step by step instructions (along with the accompanying visuals) will help you attain better macaron baking results.

I've included notes and added some videos from my YouTube channel into this post to make it easier to reference. 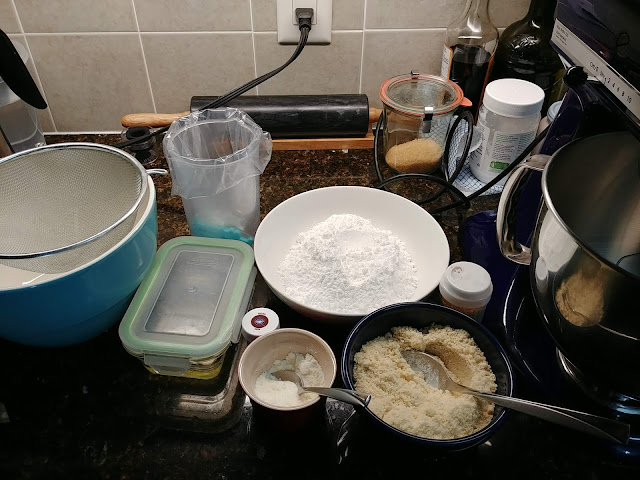 Thinking about it, in the past my chocolate macaron fillings never turned out as I always tried to make more of a chocolate ganache. While this is a good option for a filling, using a chocolate macaron buttercream filling seems to have been the best option yet! I have no idea why I didn't think of this before. You just need to simply melt the chocolate, allow it to cool and then slowly incorporate into the buttercream!


There are still some small imperfections in this first batch of Ottawa made macarons; namely a slight dip in the shells, feet splaying out a bit and the macarons shells appeared to be rougher looking (on left). Certainly, these are minor minor issues.


For the pure interest of comparison and to see if I could make the macaron shells even smoother, I baked up another batch of macarons. To achieve this, I first processed the almond meal in the food processor to create a finer consistency. Then I followed everything as listed above to make the macaron shells and chocolate buttercream.
Here is a side by side profile of the macarons. As you can see, processing the almond meal to a finer consistency resulted in a better looking shell! Interestingly enough, the pied (the feet of the macaron) also appears to be more lifted and straighter.

Certainly a good first at making macarons at home in Ottawa! I am looking forward to making more macarons here in Ottawa. I am also hoping to try my hand at making different and more creative types of macarons. If you have any ideas, let me know! Also if you plan on joining me in the macaron mashup initiative please do. I am thinking the next Macaron Mashup Challenge will be for Spring! Let's do a pastel spring themed macaron for end of April!
March 04, 2019 Labels: macaron macaron mashup macarons