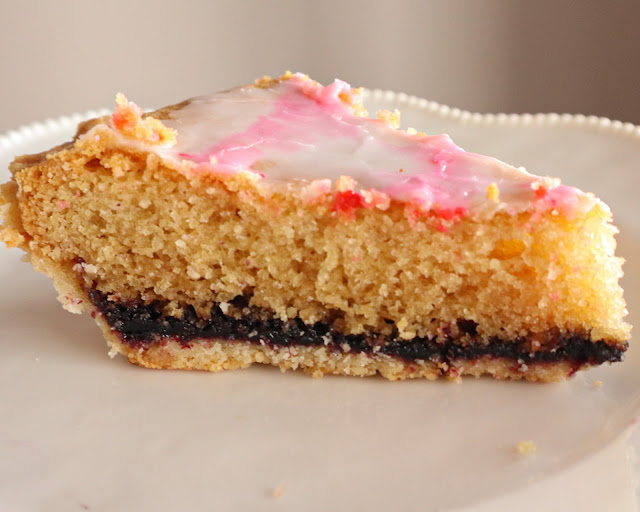 When I looked through the chosen recipes for January for Tuesdays with Dorie I saw that the Bakewell Tart was on the list. After looking through the recipe I realized it sounded familiar. In fact, I had seen this once before, on the CBC Great Canadian Baking Show (Season 4, pastry) for one of the technical bakes!

But, what is a Bakewell Tart? The Bakewell tart is a British classic dessert and usually has a short crust pastry, frangipane and jam (typically raspberry). From what I have read, there can actually be different variations.

To me, it feels like you you are mixing the essence of a pie and cake together. Perhaps that simplifies it a bit, but let's go into how it went for me. 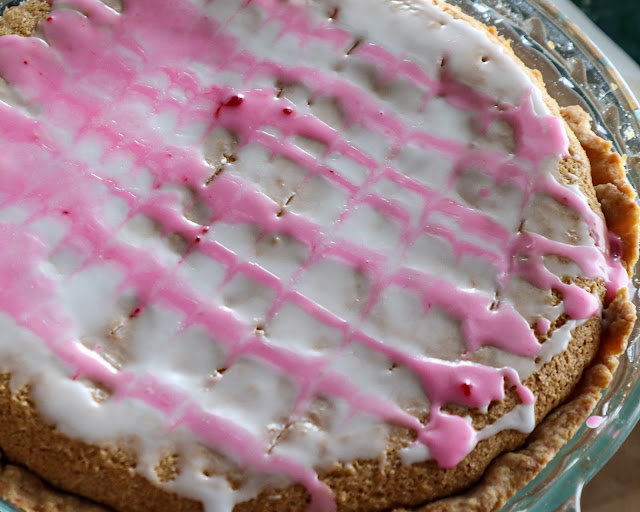 To make the recipe in Dorie Greenspan's Baking with Dorie you first make a pie crust. Hers is a pate sucree (mixture of cold butter, flour, egg and sugar).  The dough is then rolled out into an 11inch circle, then partially blind baked (where you add pie weights onto the crust - to keep it from bubbling up in the oven).

This ended up being a baking project spread over two time periods as I started making my pie crust a bit too late. By the time it finished cooling it was too late to make the rest of the pie. So I waited until the next day. Once the pie crust has cooled, add a layer of jam to the bottom. Traditionally it is raspberry jam. I used Haskap Jam as I am making an effort to use what I have in our pantry. Haskap berries are similar in taste to saskatoon berries. But if you don't have saksatoon berries in your area, think of haskap tasting like blueberries, raspberries, with some flavours of black current. My friend Carmen had gifted me this for Christmas so thought this would work nicely for the Bakewell Tart.  After the layer of jam, the rest of the filling is added on top. It is a bit difficult to spread but not impossible. 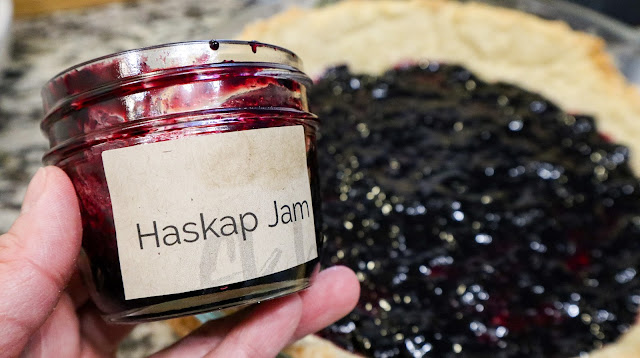 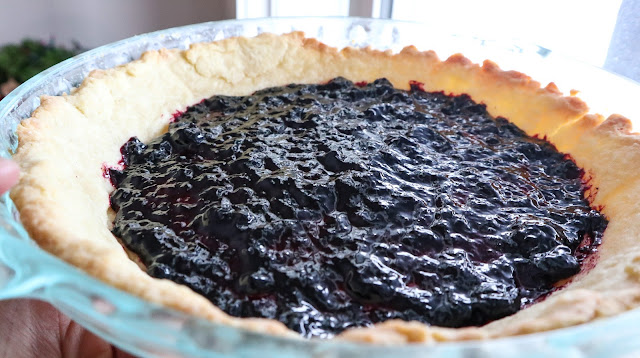 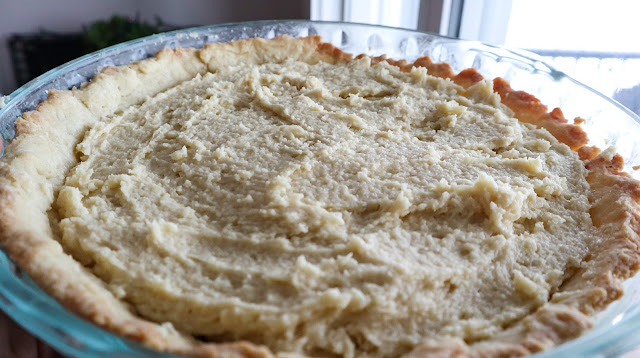 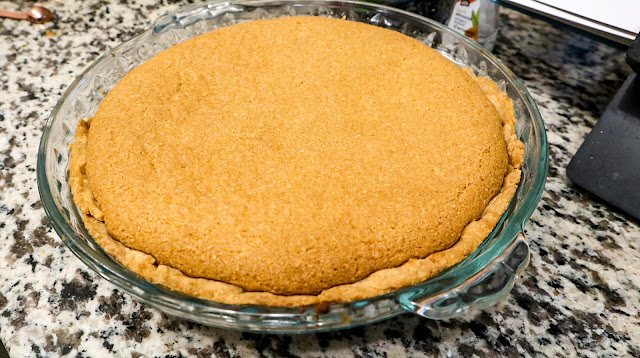 At this point, you can decorate with just a drizzle of icing (icing sugar mixed with water). However the first time I decorated my Bakewell Tart it turned out terrible. So in an effort to make it more aesthetically pleasing (for myself) I added icing all over the tart and then attempted to make some pink lines for a feathering effect. That didn't go nearly as well as I had hoped but it looks decent! 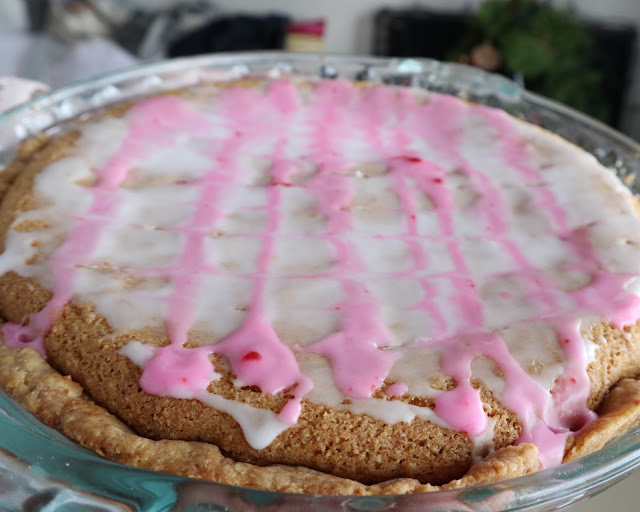 In all honesty, if this was a real technical bake in a real baking challenge I would have failed on the presentation alone. My feathering (for the lines) did not go very well as I was trying to work fast as the icing was starting to set!

I love how tasty this Bakewell Tart is. It isn't too sweet, despite the icing on top and the haskap jam went very well with the rest of the tart. The cake part of the tart has a nice almond flavour from the almond extract as well as the addition of almond meal and flour. I personally also love the nice crispy pate sucree crust at the bottom as it is my favourite part about pies. So, there you have it, my experience of baking up my first Bakewell Tart!

You can get the recipe for Steph’s Bakewell Tart on pg.298 of Baking with Dorie or here.