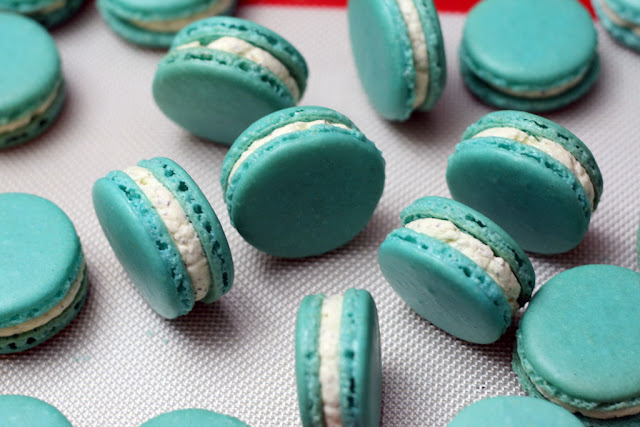 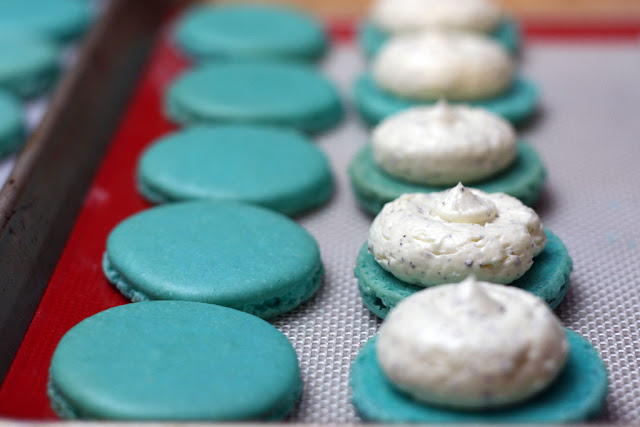 The changes aren't huge, just tiny aspects of my recipe that I have tweaked as I bake this particular flavour more often. One difference is that when I first blogged this Earl Grey Macaron recipe Dan and I had just moved and hence the oven was still fairly new to me. At the time, I was not nearly adventurous as I am now about making changes to my macaron recipe; especially baking times and temperatures!  Since as the old saying goes, "If it ain't broke, don't fix it!" I finally got tired of how long the macarons were taking to bake so decided to risk it and make some changes. I would say the results are fantastic! So, here is the recipe I'm currently using. I'll show you the steps as we go along for you to make the most successful earl grey macarons at home.

If you are looking for more tutorials for making macarons on my blog check out the following:

Of course, sometimes Macaron Baking just doesn't go right! It happens to me too! Read my Macawrong-When Macaron Baking Doesn't Go Right for more tips and tricks of why those mistakes occur!
January 22, 2016 Labels: macarons