Seeing that I had a day off this past week, I decided to check out the new Italian market & bistro that I had spotted on my drive home on 99st. D'Amore's Mercato is located at 4612 - 99 Street and is a fully functioning Italian market and bistro in the south side of Edmonton. When my husband and I arrived for lunch around 12:15pm Thursday the place was busy, but turnover was quick and we were able to get a table within a minute. There were about 10 tables on the eatery side available to have a bite to eat or to drink some Italian coffee. 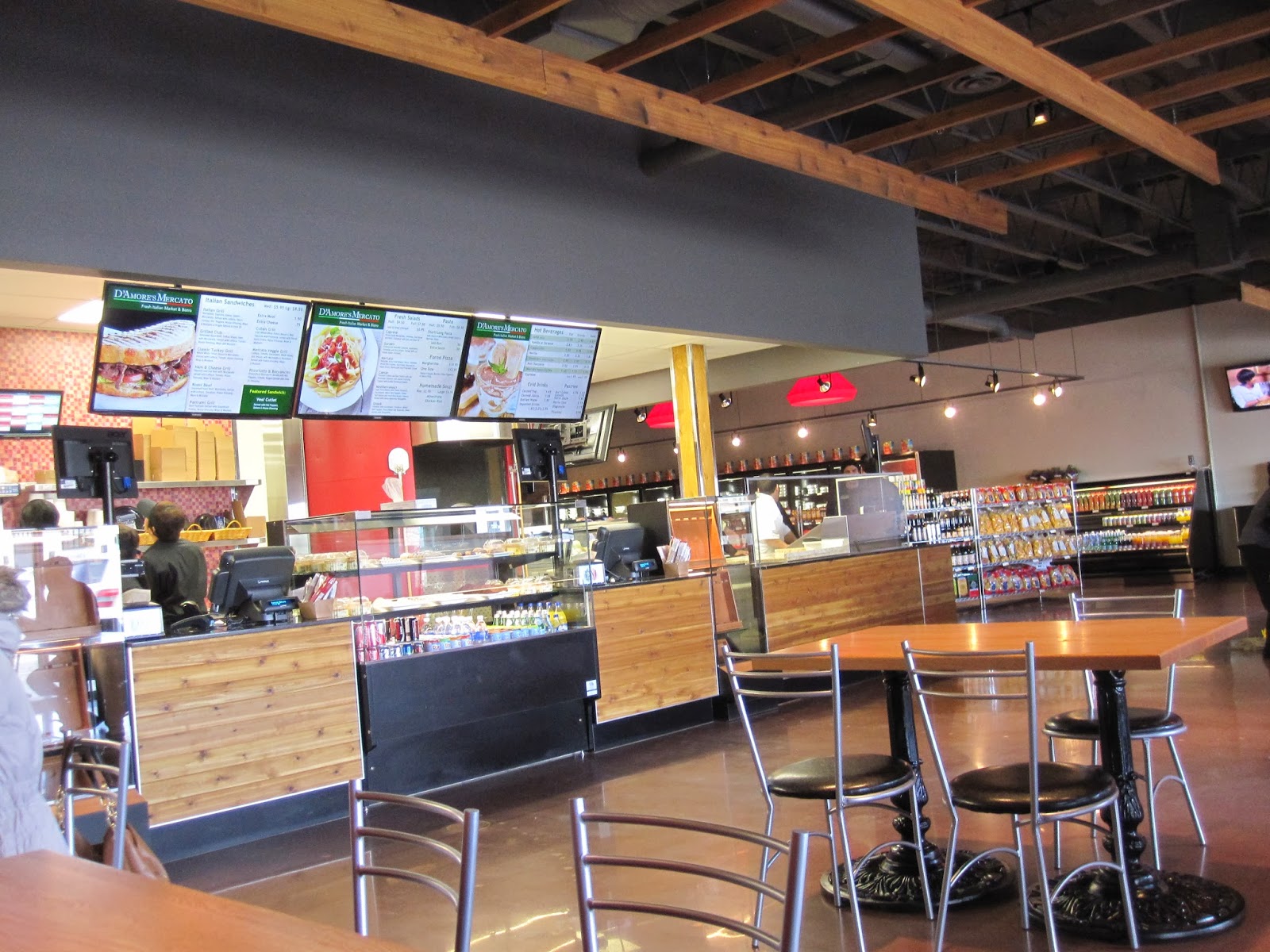 After looking at their fairly extensive menu from pastas, salads, to paninis, we settled on two of their paninis for lunch. With it being an open kitchen, it was also super exciting to see that they had a full-sized wood-burning oven in the space! We also had the opportunity to try a slice of their thin crust pepperoni slices in the end as there were sample slices going around. Definitely a nice thin crust made with 00 flour. Nice balance to the cheese, pizza dough and the tomato sauce. 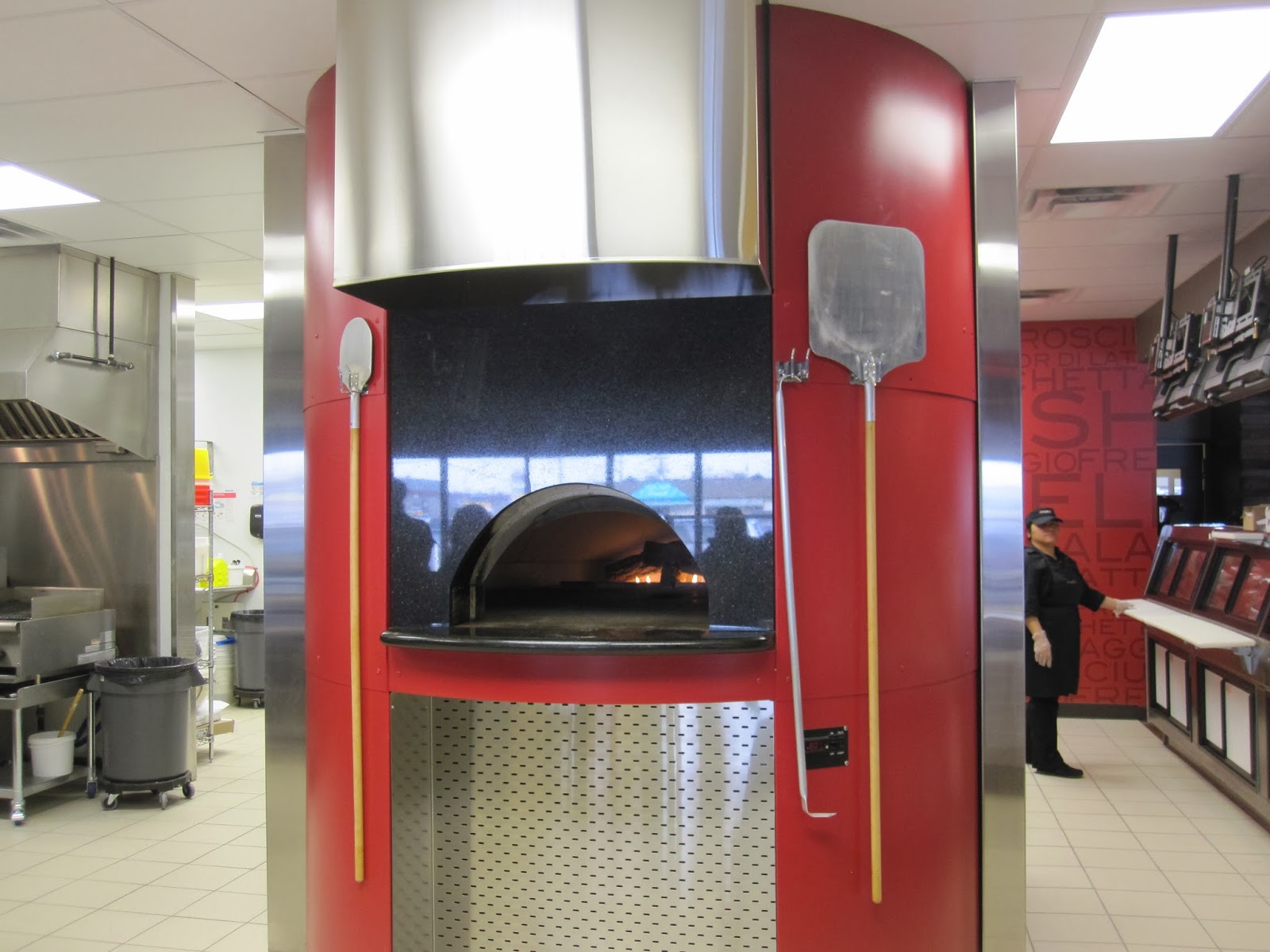 One of the owners said that D'Amore's Mercato had just opened this past Friday! He continued to describe that all pastas are made by hand with an industrial pasta machine on site. They also brought in a chef from Italy to teach them how to make sfogliatelle, which is a very difficult Italian dish to make from scratch. Their tiramisu (their specialty) is also made by hand and on site. On the market side of Mercato you can find a wide variety of ingredients and supplies for making Italian food at home. They also have a deli counter where you can purchase cheese and deli meats. Or, if you aren't too sure about making it from scratch, they have already done it for you. In the freezers on the side there are boxes of frozen cannelloni to take home and bake, pastas and even trays of their famous tiramisu in various sizes; depending on the party you are going to have. 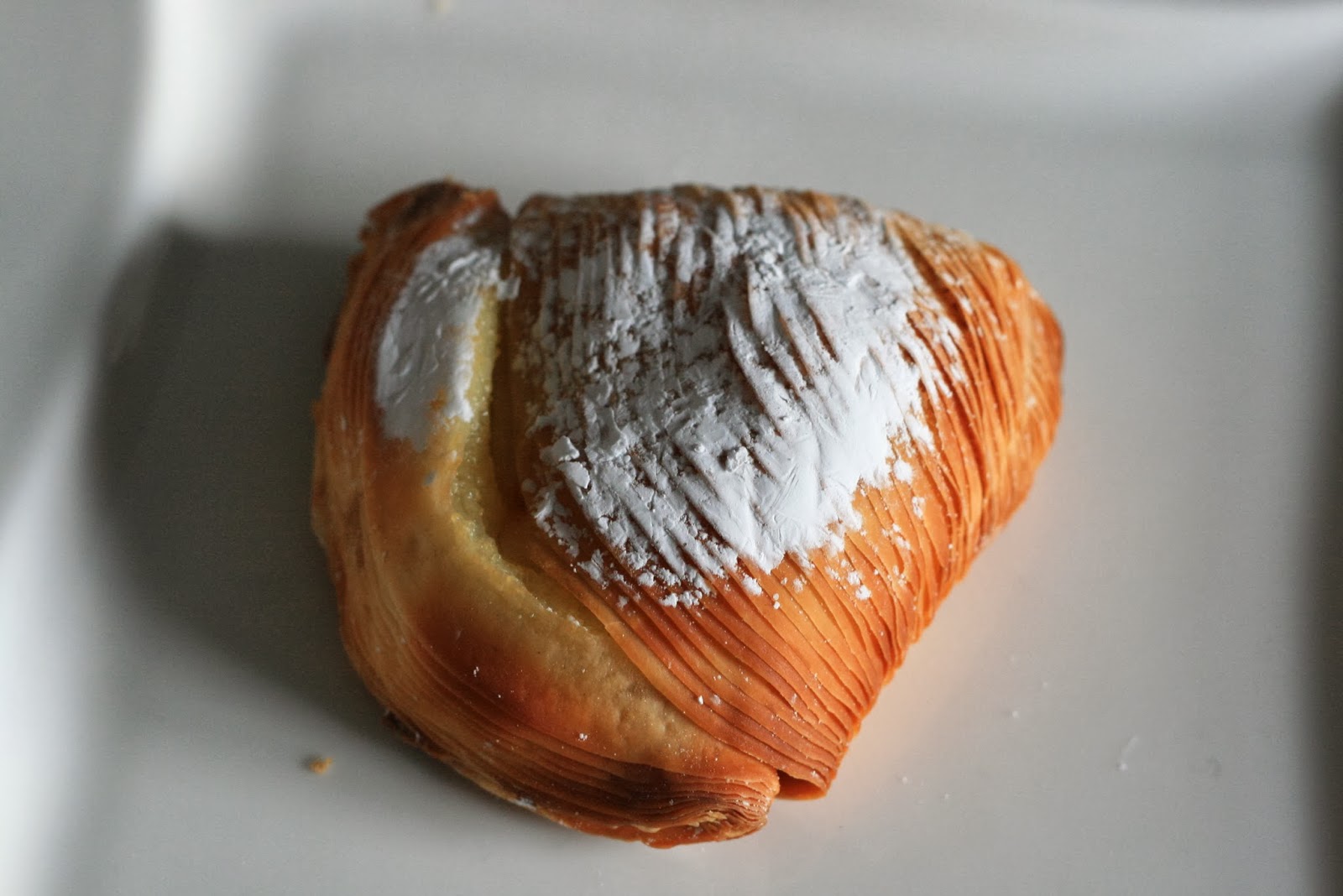 We left D'Amore's Mercato sufficiently filled and even had some tiramisu to try at home. As for the sfogliatelle it is best eaten warm as recommended by one of the owners. It is a sweet treat and stuffed with ricotta cheese. The tiramisu was really tasty and light without being too heavy. We will certainly be back to check out the pizzas and to see the new olive oil bar that will be coming in soon.

If you are in Edmonton and have a chance to check it out, let me know how your experience was at D'Amore's Mercato below.