Duchess Bake Shop is our favourite place for fine French baked goods and pastries in Edmonton. Dan and I have visited since Duchess opened, and have brought many friends, family, and out of town guests for a taste of France in Edmonton.

Back in 2009, Dan and I had been attempting unsuccessfully to make macarons in my small galley kitchen. When Duchess opened in October 2009 to great fanfare, we were very keen on visiting specifically because of their macarons. We learned that one of the owners, Giselle, had become fascinated with macarons while in Japan and had spent time perfecting the homemade macaron. This inspired me in my pursuit of the elusive homemade macaron. If you've followed along in my journey, you would definitely see all the different macarons I've baked.


Even though we visited Duchess many times over the following months, it played a special part during a memorable day in May of 2010. We were invited to an exclusive behind-the-scenes look at what happens in the kitchen before the doors opened. Little did I know that the invitation was just part of a series of special surprises Dan had planned before he proposed to me!


As many of you may have heard, Duchess released their self-titled cookbook last Wednesday (November 12, 2014). This cookbook resonates with me not only because there are beautiful pictures accompanying the step-by-step instructions, but also, this is the first cookbook where I've tried every item!
Giselle has generously given two signed copies of Duchess' cookbook as a giveaway for two lucky readers! This giveaway is only open to readers who live in and around Edmonton or in Calgary. If the winner(s) resides in Calgary or area you must be able to meet with me in Calgary on either Saturday November 29, 2014 or on Sunday November 30, 2014. Arrangements will be made if the winner(s) live in Edmonton or greater area.

You can also purchase their cookbook in Edmonton at Provisions or online. Good luck to everyone and I look forward to reading your bake shop memories. 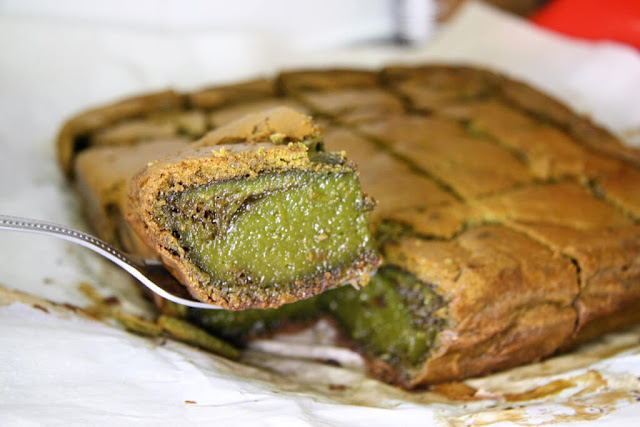 A Recipe for Mochi Matcha Cake